Cars 3 was released earlier this summer and this is a movie release that my family was looking forward to. The first Cars movie came out when my oldest was little so the characters have grown with us as I’ve raised my kids and they all still love watching the movies. 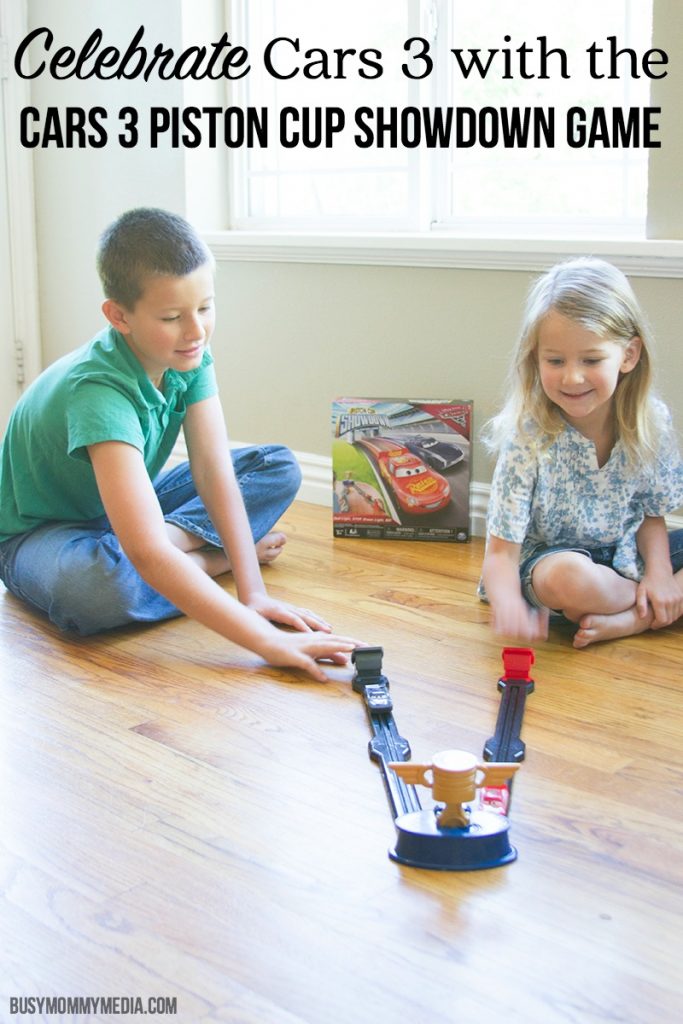 We were all excited to see the new movie and loved it. Since then, we have been enjoying a fun new game from Spin Master. The Cars 3 Piston Cup Showdown Game is perfect for kids ages 5+ and a great way to entertain your kids for hours and hours. 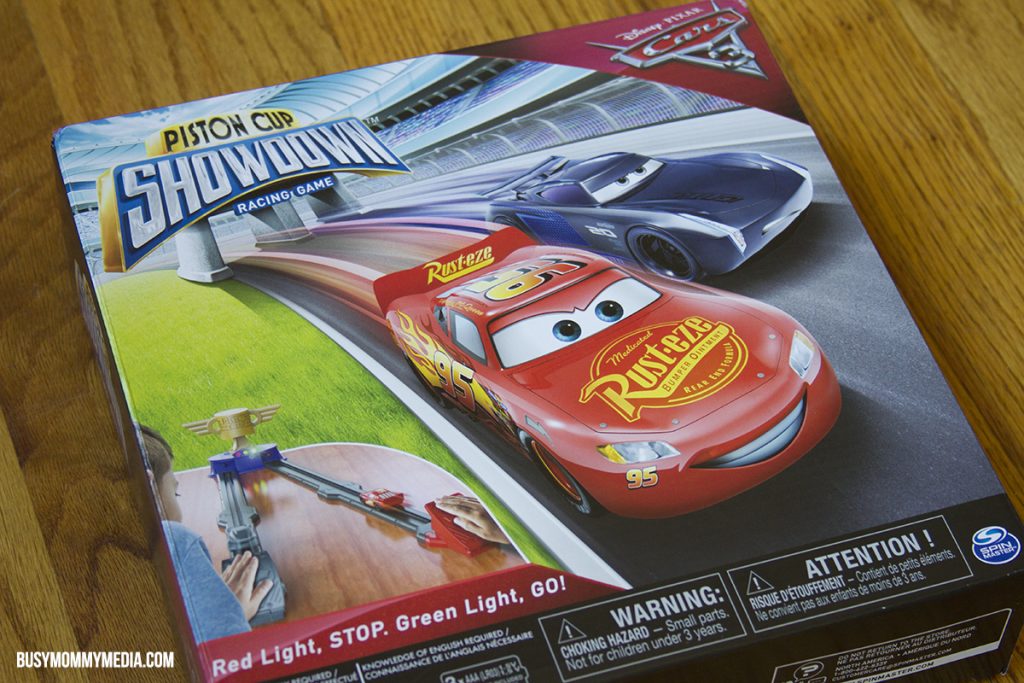 My kids love to play games together and since they are so excited about the release of Cars 3 right now, this was perfect. Cars 3 Piston Cup Showdown Game is a fun twist on red light green light, the popular playground game.

It is played by having each of the two players pump their button up and down. This makes their car move forward until the light turns red. If they fail to stop after the light turns red the alarm will go off and you have to pull your car back to start. The first player to reach the end and cross the finish line wins.

The game was simple to put together. My kids did it themselves. 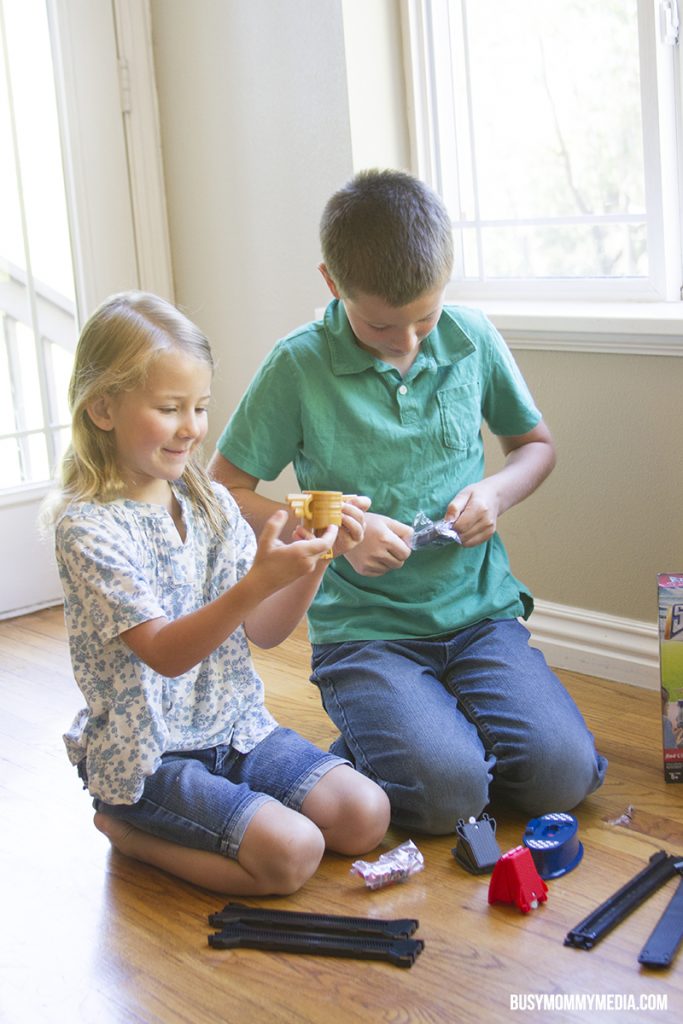 They were so excited to pull each piece out of the box and figure out where everything went. 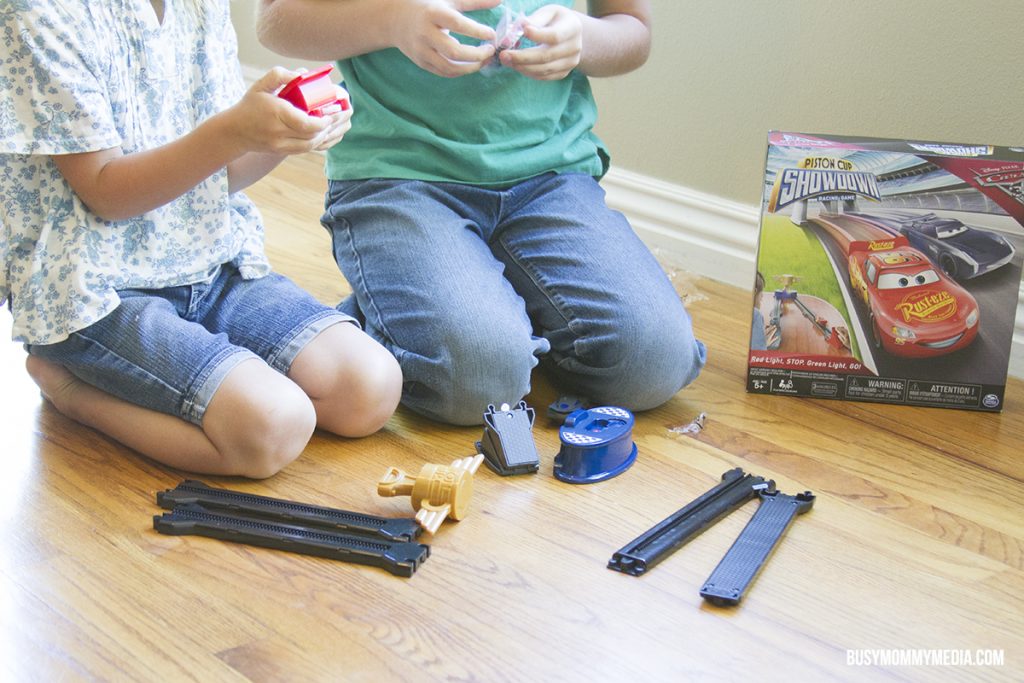 My 5 year old didn’t stop the first few times the light turned red and got a bit frustrated when my 8 year old pulled her car back until she realized the game was telling her she had to go back.

She really wanted to win so she tried to cheat and thought it was hilarious when the game told her “You don’t win the Piston Cup by cheating.”

After that she decided to follow the rules and they both had a lot of fun playing together. It was a great learning and bonding experience for both of them. 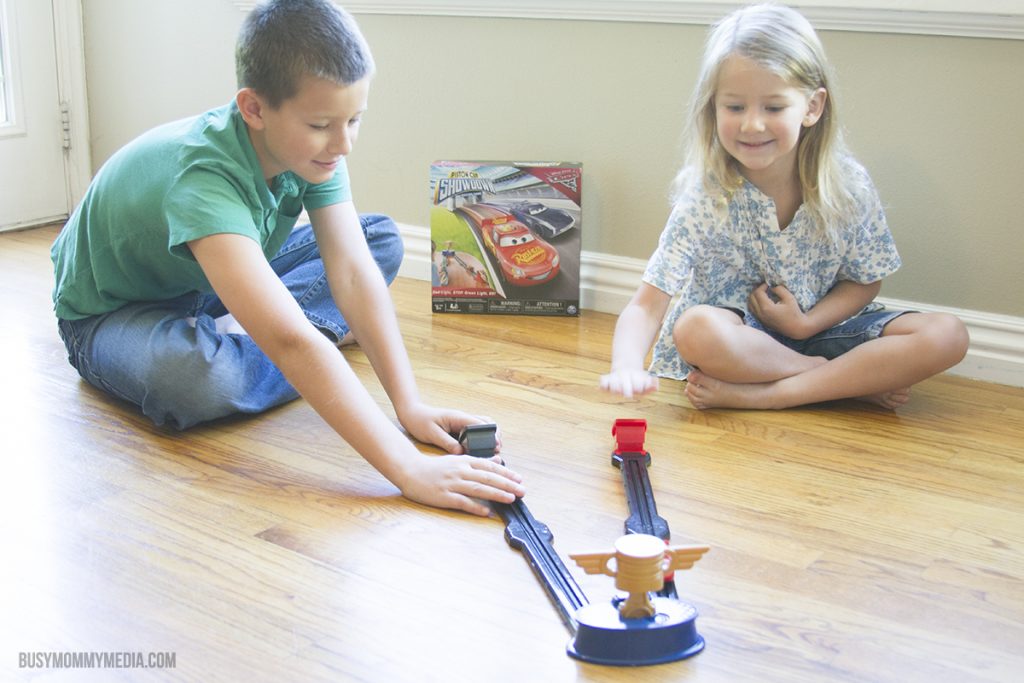 We were excited to see Cars 3 in the theatre and we now can watch the movie at home. My kids love playing this game and rediscovering their love for all the Cars characters. It is a great way to encourage my kids to play together and interact. 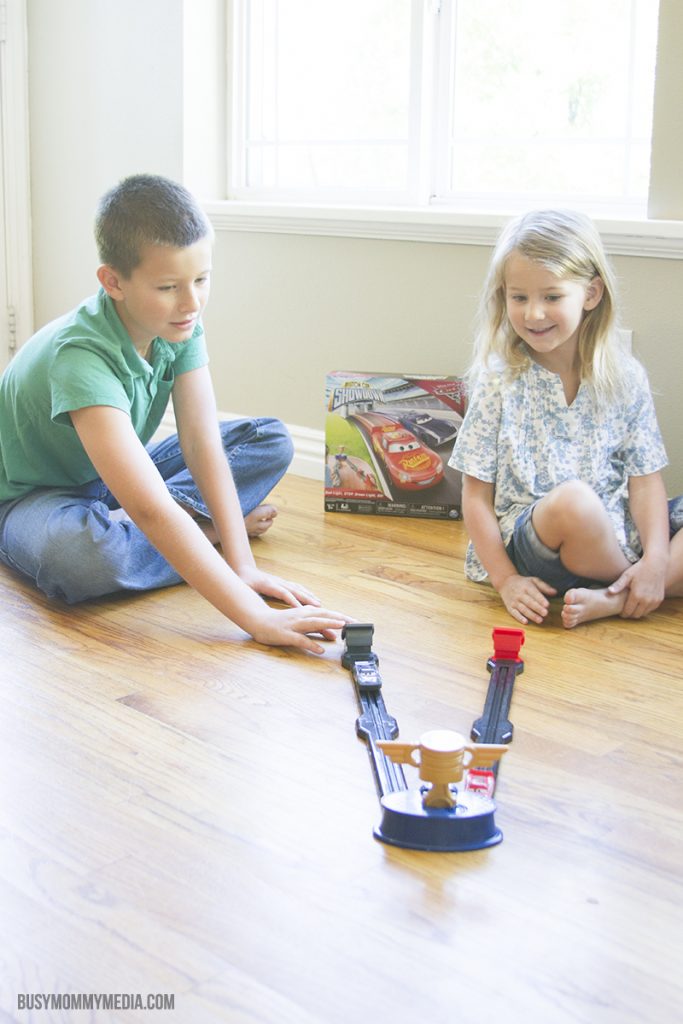 My kids definitely have a competitive streak so they loved the challenge of trying to get the finish line first. There were plenty of calls for rematches when one of them lost and it kept them happily busy for hours. 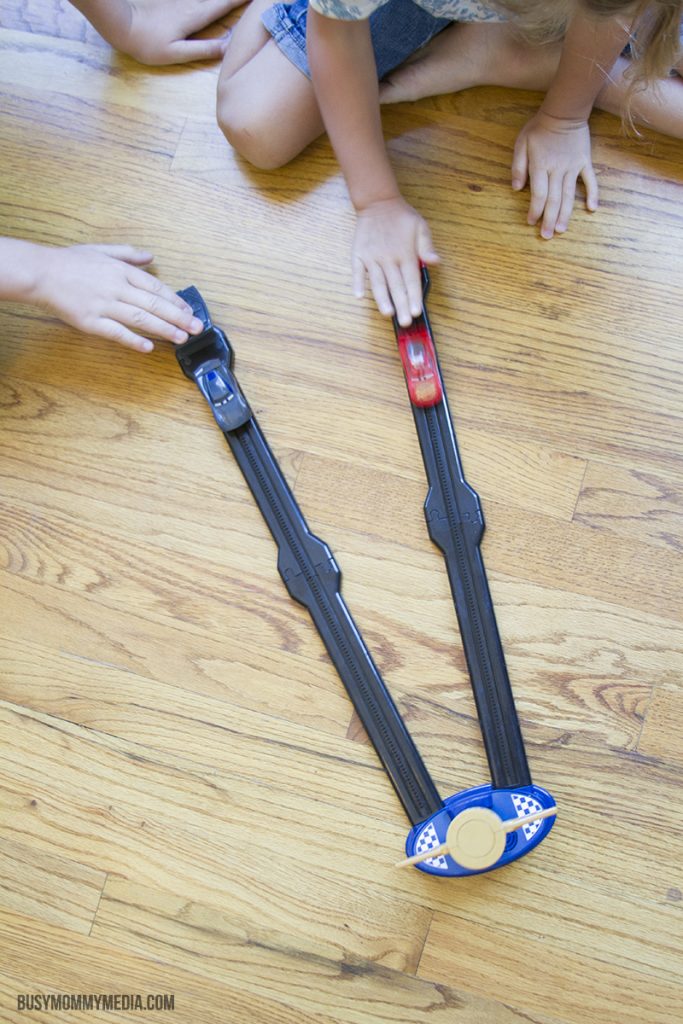 This post contains affiliate links. Reading is one of the few things that I do just for me. The … END_OF_DOCUMENT_TOKEN_TO_BE_REPLACED