There are few things that taste more like Christmas to me than those little chocolate oranges. These Cinnamon Roll Waffles take on all the flavors of your favorite chocolate orange and are the ultimate Christmas morning breakfast treat. We made this holiday breakfast even easier by using Pillsbury Grands!™ Refrigerated Cinnamon Rolls with Cream Cheese Icing. They are super quick and easy to throw together so you can spend more time with your family on Christmas morning. 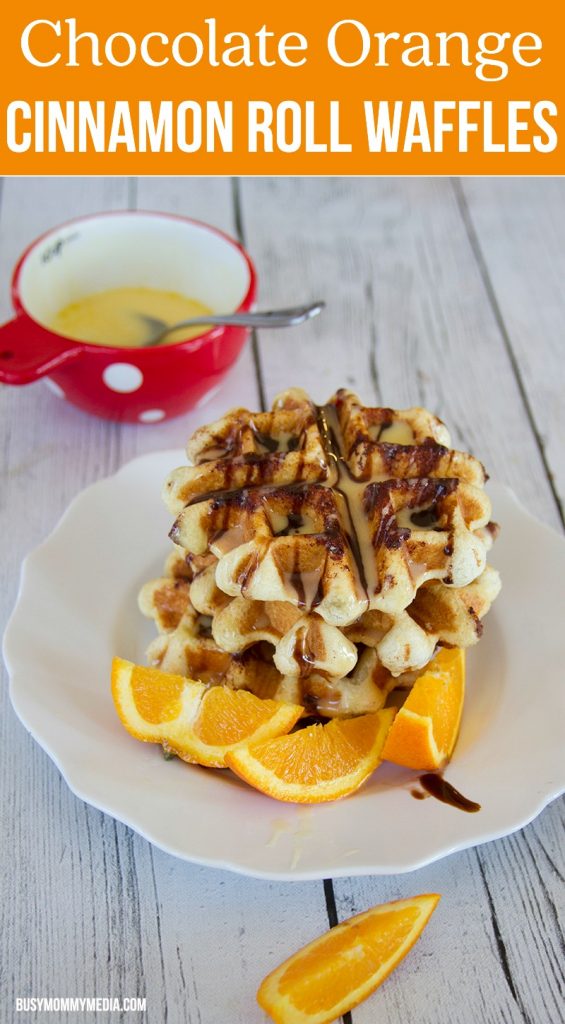 Santa would put a piece of fruit in each of our stockings and once we tore our way through those, my mom would slice up the fruit, throw it on a platter, and serve it alongside some hot cinnamon rolls, dripping with icing.`

I’ve carried on that tradition with my own kids, and while they aren’t always super impressed by their piece of fruit as they go through their stockings, they do love seeing as breakfast comes together and anxiously wait for the Pillsbury™ Cinnamon Rolls to come out of the oven.

This year I thought it would be fun to change things up a bit by adding a chocolate orange spin to our favorite Christmas morning breakfast. These Chocolate Orange Cinnamon Roll Waffles are such a fun twist on a classic and a fun way to change things up for breakfast during the holidays. 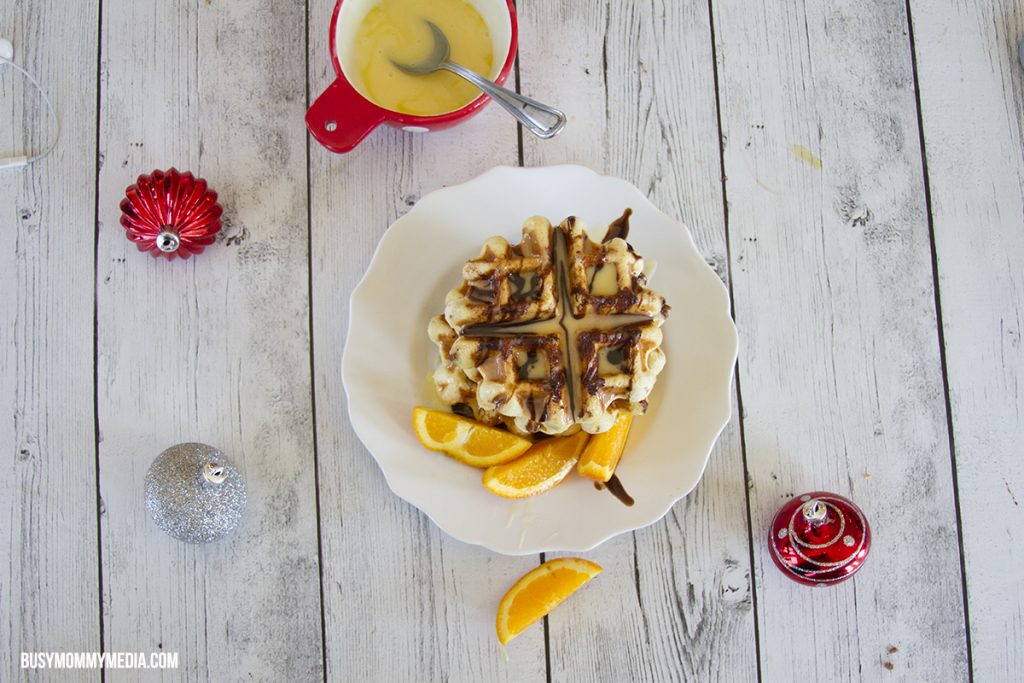 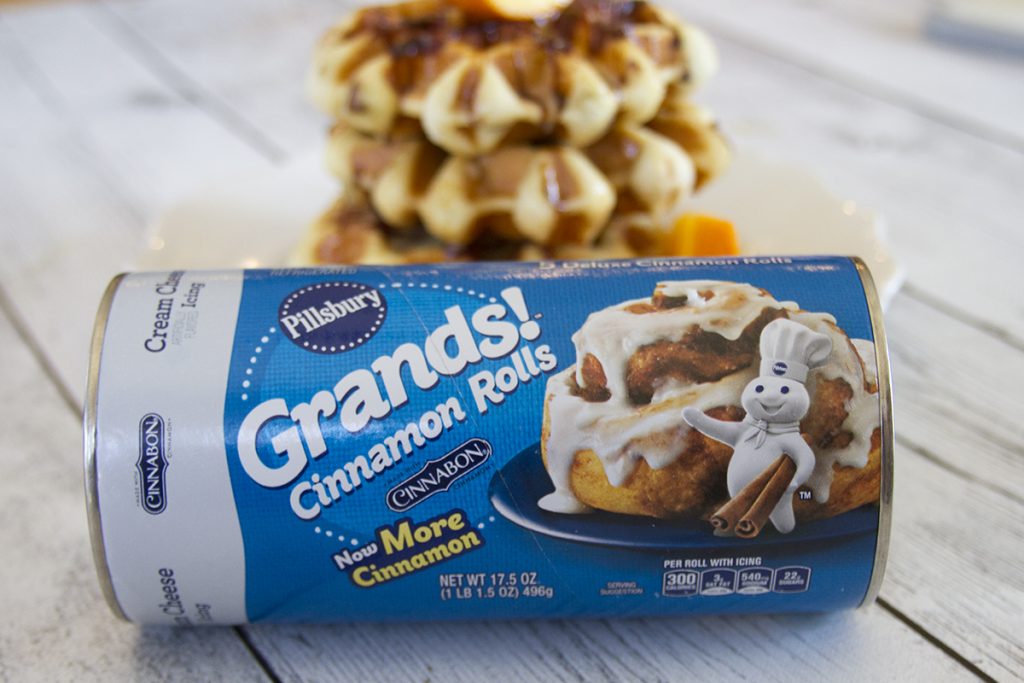 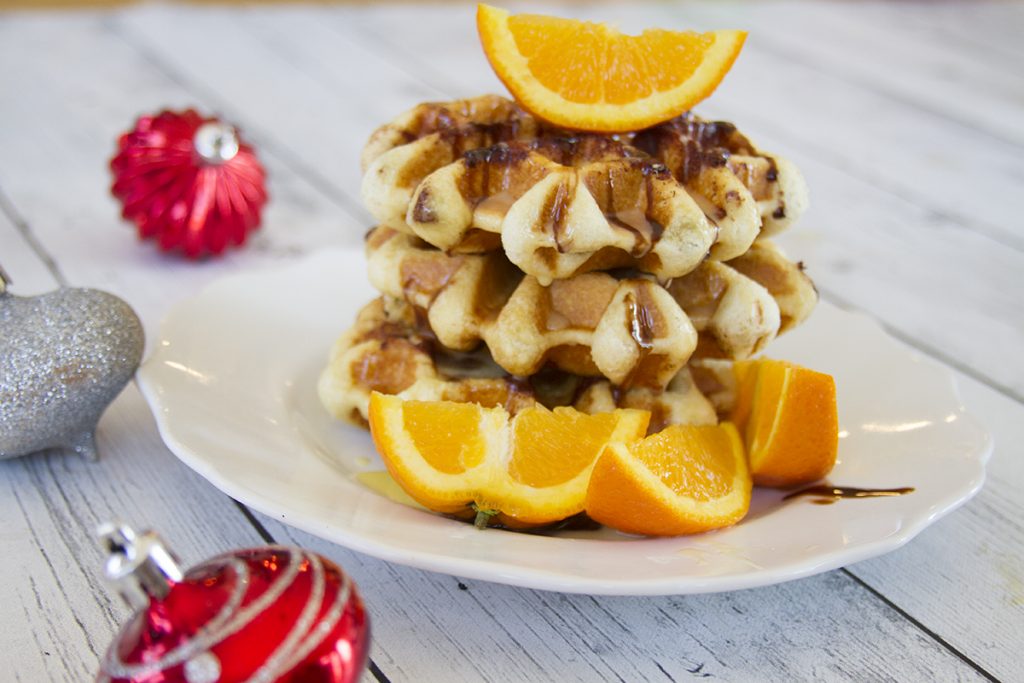 Open your Pillsbury Grands!™ Refrigerated Cinnamon Rolls and lay out each, uncooked, cinnamon roll on a plate.

Place each uncooked cinnamon roll in the center of your waffle maker and cook for 3-4 minutes, or until the outside is golden brown.

While waffles are cooking, scoop out the Cream Cheese Icing and stir in 1 Tbsp. of thawed orange juice concentrate. Stir until well mixed.

Serve with orange slices and other sliced fruit for the perfect holiday breakfast.

Watch the video below to see how we made these:

This post contains affiliate links. Reading is one of the few things that I do just for me. The … END_OF_DOCUMENT_TOKEN_TO_BE_REPLACED