You are here: Home / Blog / Exploring the Chemistry Crate from Kiwi Co.

Finding activities that really get kids excited about science can be overwhelming. There really are so many options out there but for many of them, you have to have a science background and a lot of time to gather materials. We were sent the new Chemistry Crate from Kiwi Co. to test out and it is a new favorite in my house. Designed for kids ages 12 and up, this chemistry kit comes with everything you need to do dozens of fun experiments. 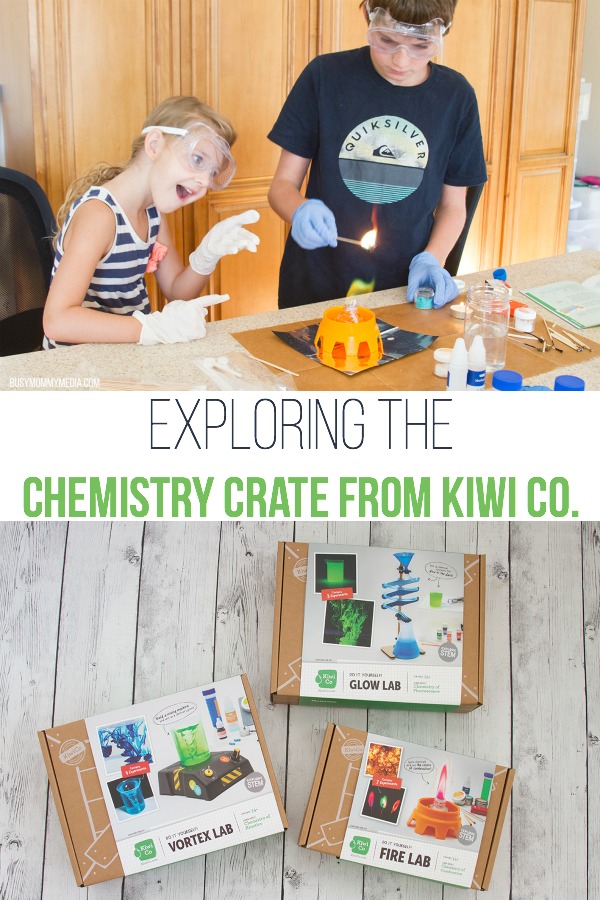 My 12 year old loves science. He tells everyone that he is a scientist and loves messing up his curly hair to give himself “mad scientist” hair. I have no doubt in my mind that this kid has a career in science in his future and is going to love every step it takes to get there.

I used to have great luck putting together activities for him that helped him stretch his science skills. As he has gotten older, it has become harder to challenge him.

He’s currently in 7th grade and taking high school science classes. His science teacher told us at the beginning of last year that he already knew everything they were covering in the class so we knew that we had to find a way to challenge him to keep his excitement about science alive.

It’s his passion, and because he loves it so much, he spends his free time watching science videos and doing experiments instead of playing video games. That little habit has quickly taken his science skills beyond what I can do most days and, as an English major, I’m a bit out of my element.

I love it when I can find ways for him to stretch his skills in science at home, and the new Chemistry Crate from Kiwi Co. has been absolutely perfect for that.

We are huge fans of Kiwi Co. They have S.T.E.M subscription kits for all ages and we’ve had fantastic luck with the ones we have tried. The new Chemistry Crate is designed for kids ages 12 and up and includes multiple science projects per box. 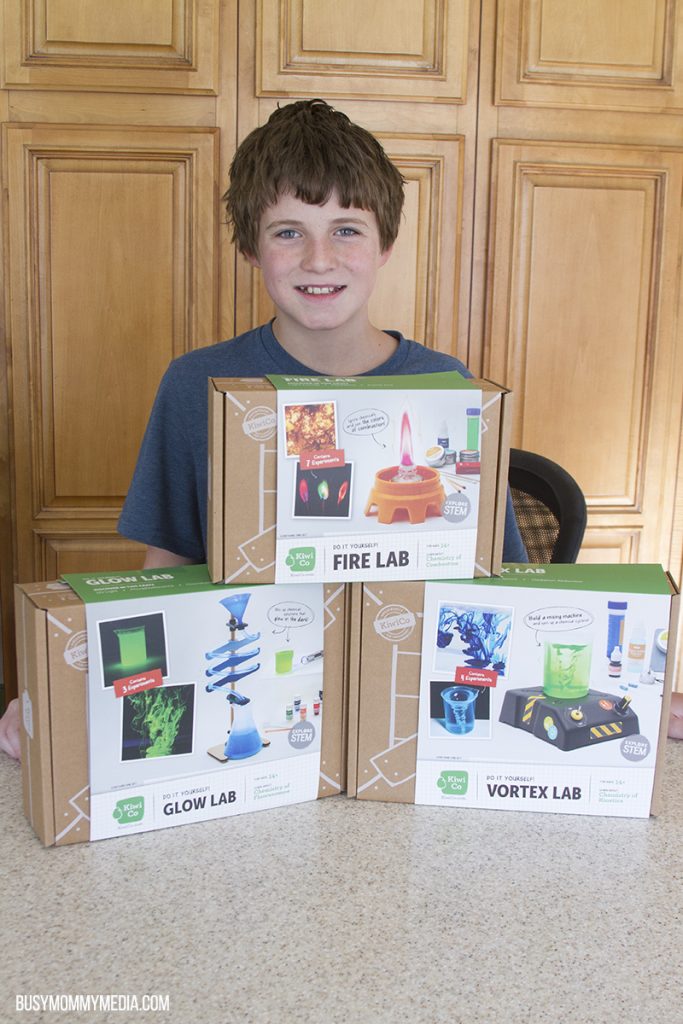 Right now there are 3 kits, that are currently on sale for $109.95, but I’m hopeful that they will create more down the road.

We pulled these out on a Saturday when we didn’t have much going on. My kids were all excited about them and I expected the kits to keep them busy for a while, but I had no idea how deeply it would draw my 12 year old in.

He pulled out the kits on a Saturday morning and barely came up for air the entire weekend. My other kids jumped in to do it with him here and there but he was so engaged that he didn’t want to do anything else. He did some experiments that he particularly enjoyed several times, and there were enough materials to do that for most of them. 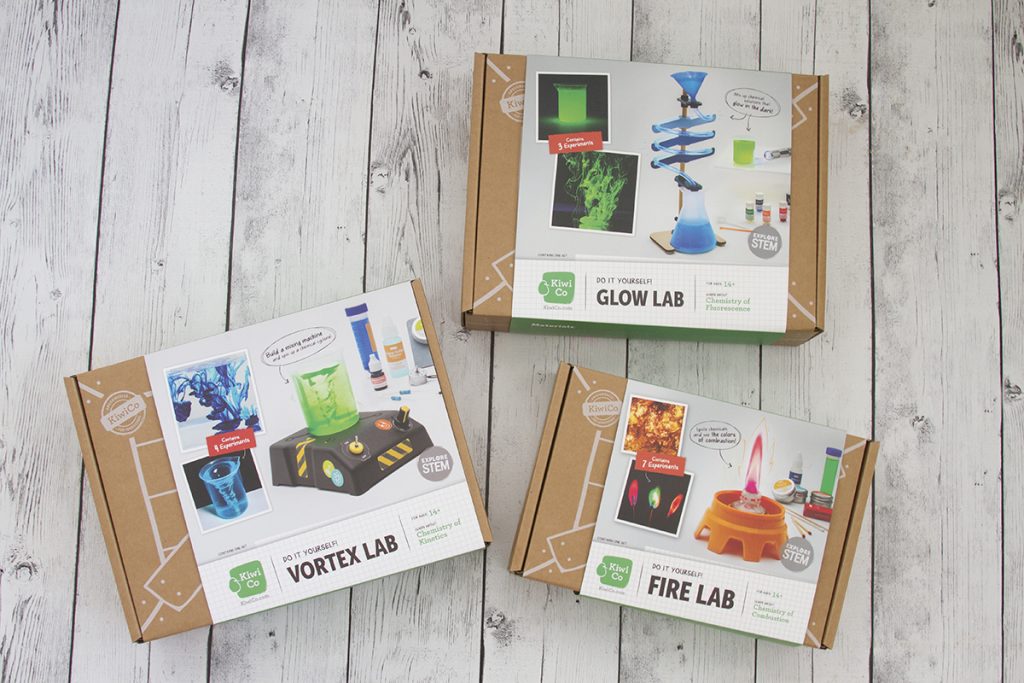 I loved that each kit came with a booklet that had step-by-step instructions, and also clear explanations about the science behind each experiment.

I was so impressed with my son’s ability to explain not just how each experiment worked, but why. He came away with a true understanding of the scientific principles that were taught in each kit and I felt like he spent a very useful weekend increasing his knowledge of science. 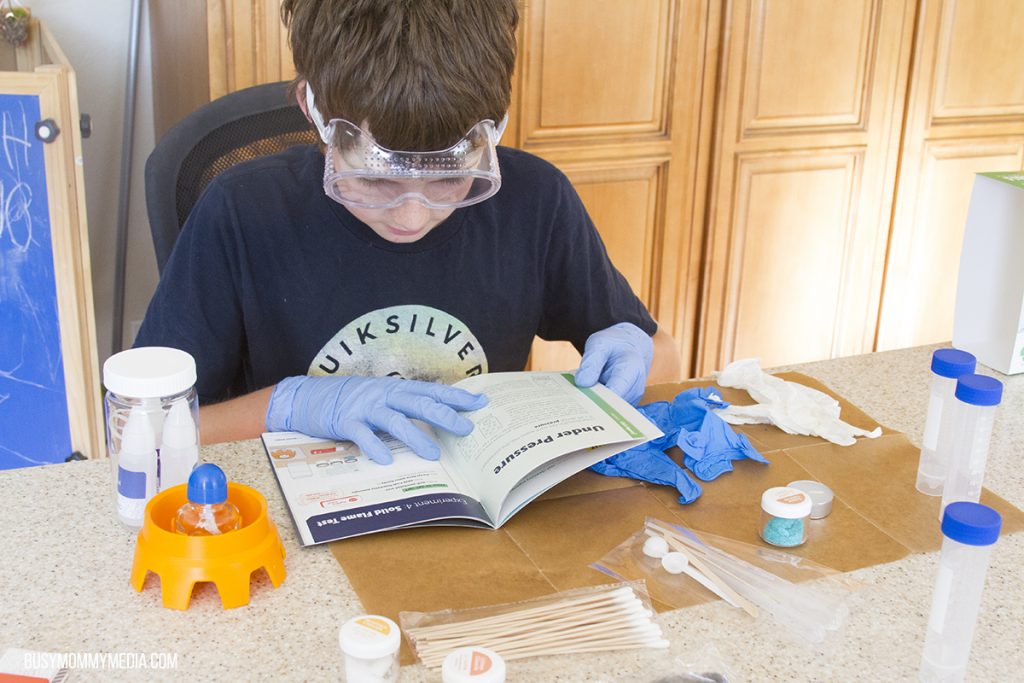 My kids like to stay busy. If they don’t have something to occupy them, they’ll gravitate towards video games or T.V. so I like to have things on hand that are worth them spending their time on.

My 12 year old had such a good experience with the Chemistry Crate that he immediately began talking about ways he could earn money to buy another kit.

It was so fun for me to see him get so excited about these kits. Each kit kept him busy for several hours and he had so much fun showing off the things he created, like glow in the dark liquid. 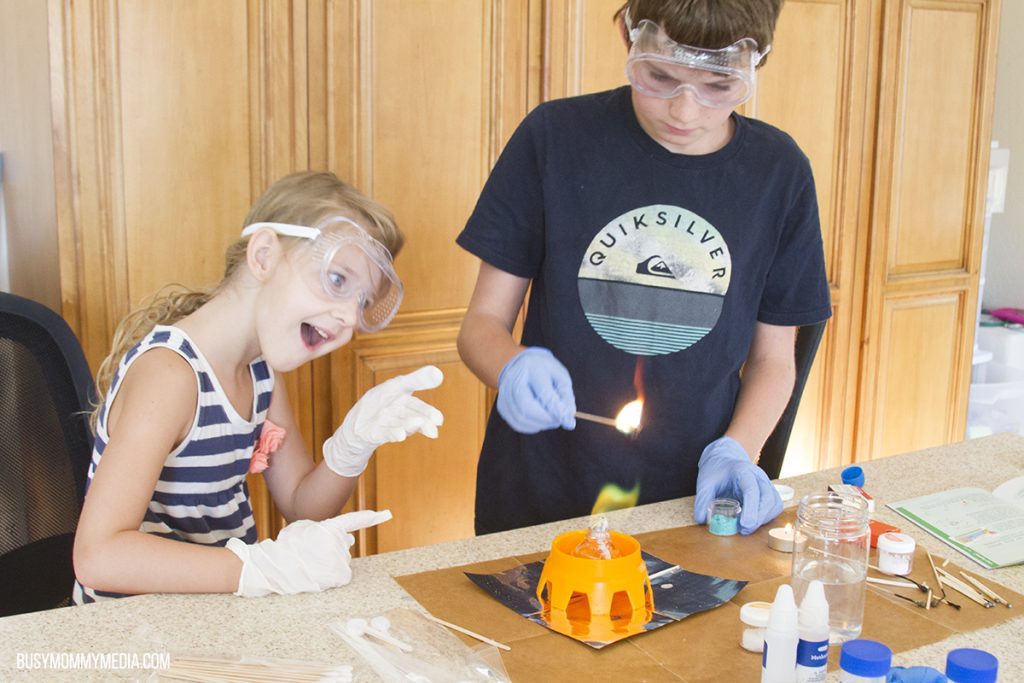 *I was provided product at no cost for the purpose of this review. This post contains affiliate links.