You are here: Home / Blog / The Best Halloween Costumes for Teen Boys

Teenagers still love to dress up for Halloween but finding a great Halloween costume that goes easy on the gore and doesn’t have “sexy” in the title can be a bit tricky. I sat down with my teenage son and tracked down some of the best Halloween costumes for teen boys. Hopefully, this makes your search for the perfect Halloween costume a bit easier.

Finding a great Halloween costume isn’t always as easy as it sounds. You want something that is unique but won’t turn people off. As a mom, I draw the line at costumes that are just too much.

My teenager picked out these costumes and I loved that they were a bit different than what you typically see. 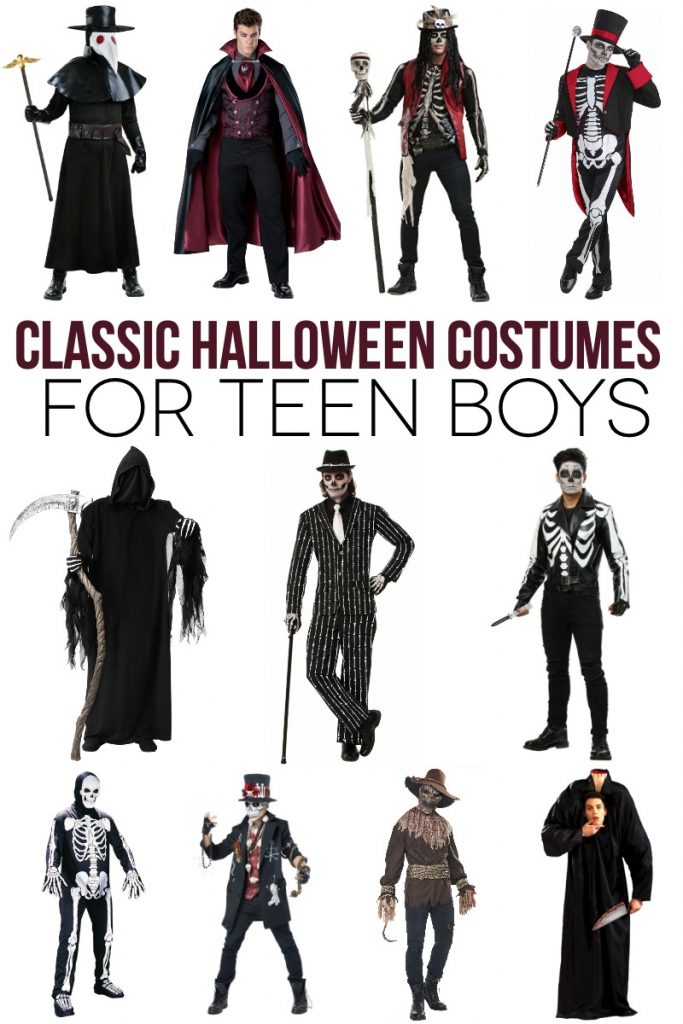 If you are looking for the ultimate classic Halloween look, this Skeleton Costume is fantastic and is a really affordable option. This Mr. Bone Jangles costume is another fun option and is a bit different than most of the costumes you typically see. 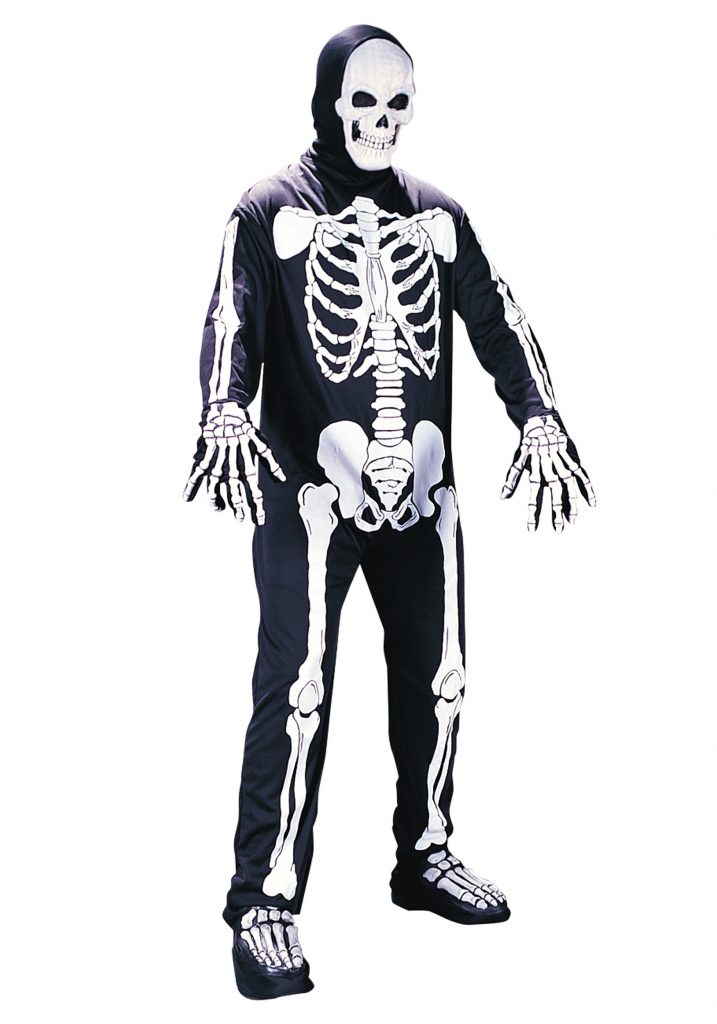 I really LOVE this Moto Jacket skeleton costume. It’s a fun way to put a twist on a classic. 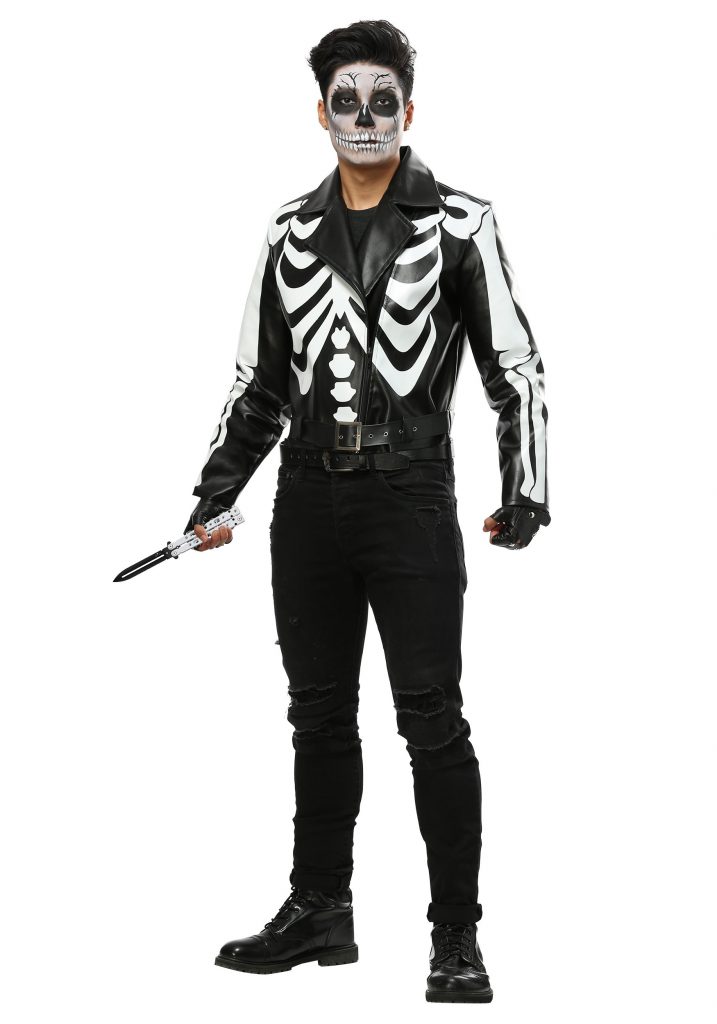 You can’t go wrong dressing as a pirate. This Carribean Pirate costume is absolutely gorgeous and is one that you could use for many years. 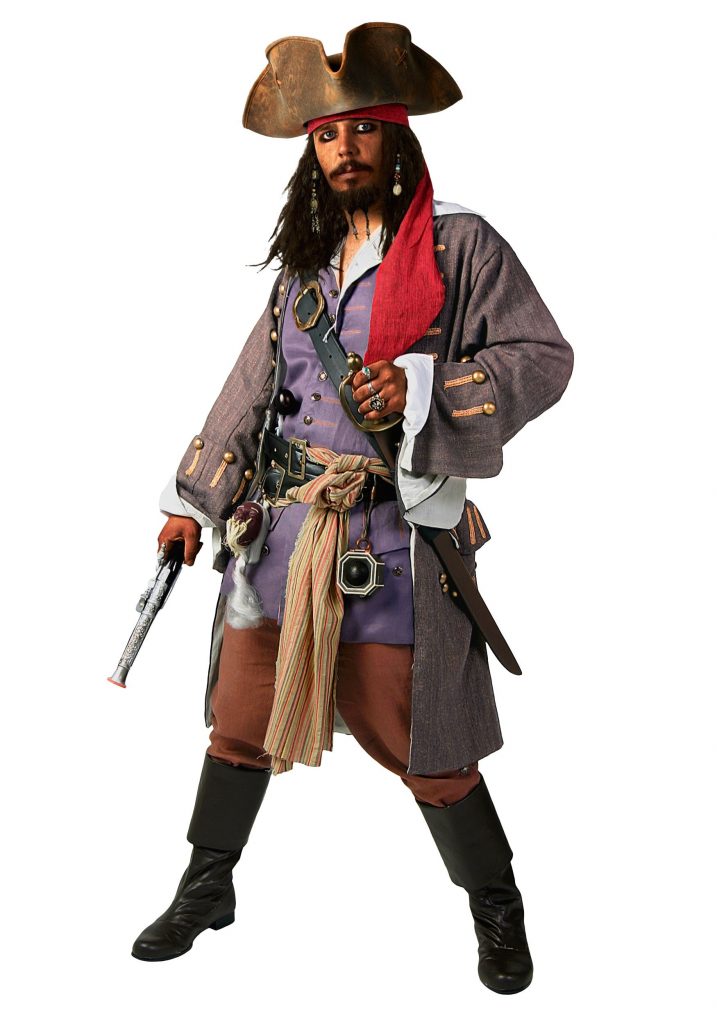 This Nocturnal Count Vampire Costume is another one that would get plenty of use over the years. I honestly love buying higher quality costumes and using them several times. I have several costumes that I’ve worn for a dozen Halloween’s because they are classic enough and I loved them.

This Plague Doctor costume has some great details on it and I love that it is a darker costume without going too far. 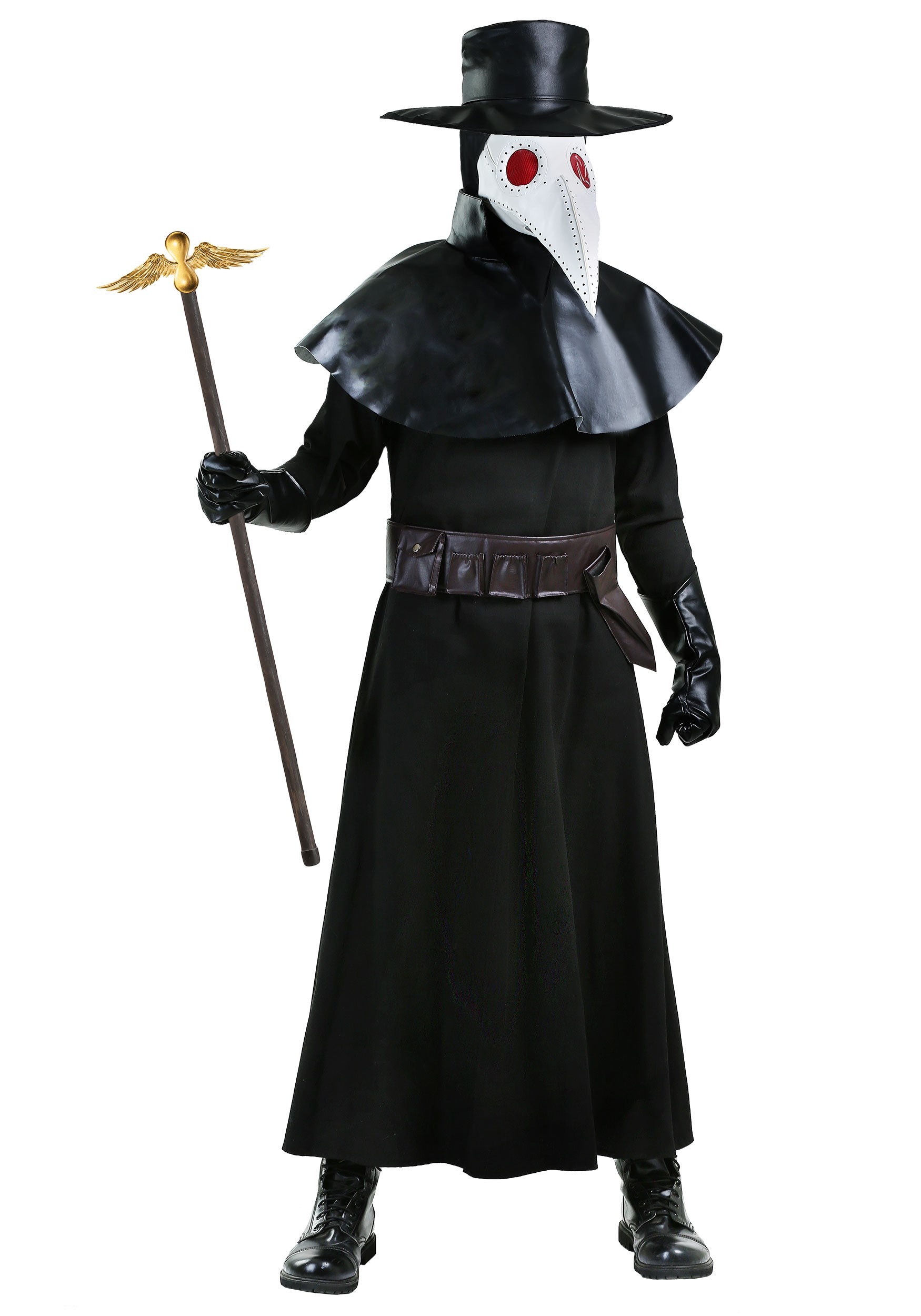 This VooDoo Dude costume is elaborate and would definitely turn some heads. If you’re looking for a slightly different style, this voodoo doctor costume is a great way to go.

It doesn’t get much more classic Halloween than this Grim Reaper Costume. This one has some amazing detail work on it and I’d definitely get the sickle to go with it.

This headless man costume is a bit gorier than I’d like but my teenager tells me it is funny. Along those same lines, this spooky scarecrow costume just screams Halloween. It creeps me out a bit but isn’t as gory as others that I have seen.

I’m trying to convince my teenager to wear this Bone Pin Stripe Suit for Halloween. You could do some really fun makeup with this and it is such a unique look. 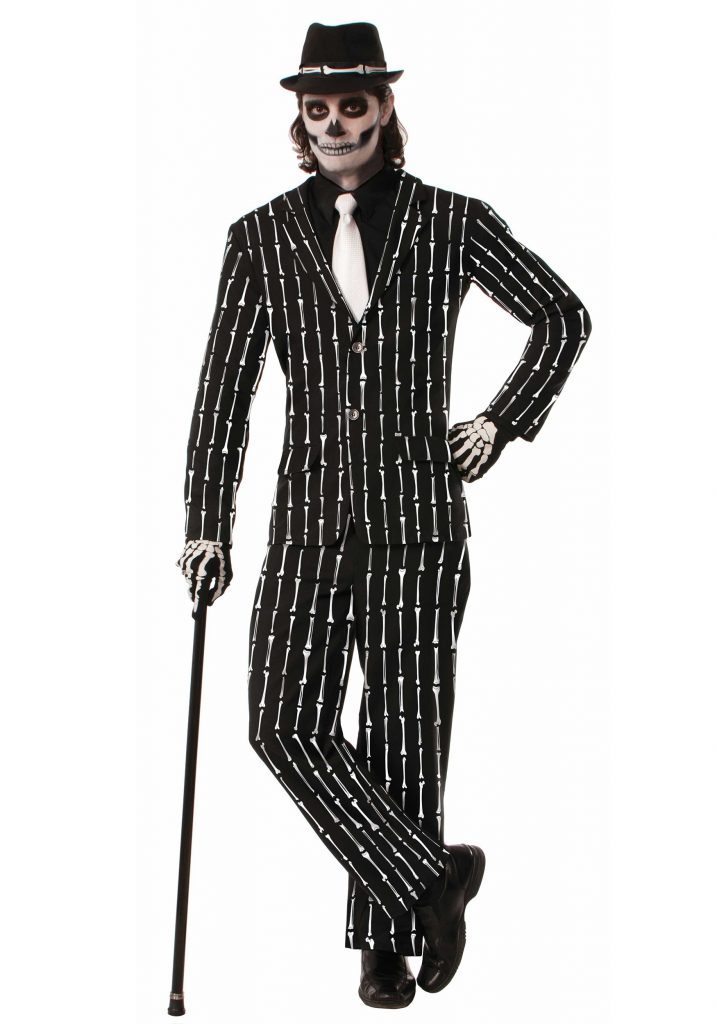 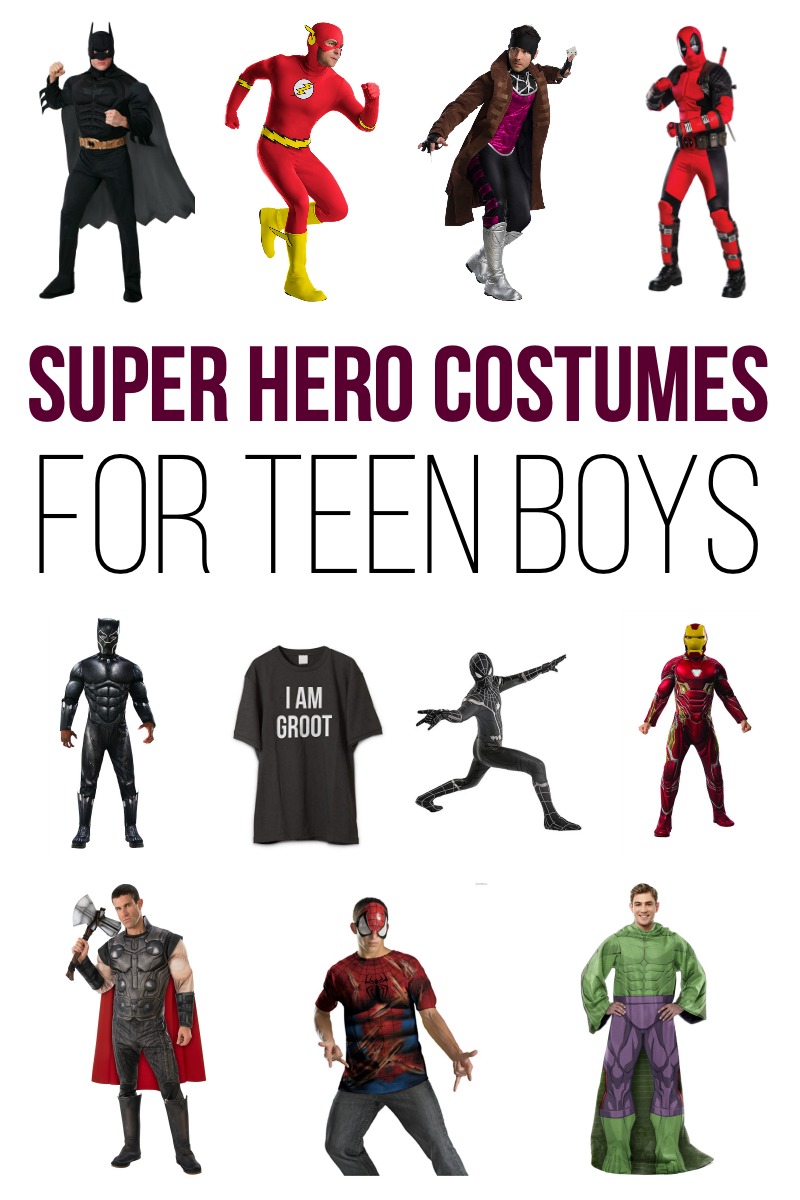 Super heroes are popular around my house and if given the choice, 9 times out of 10 my boys are going to choose a super hero costume. These super hero costumes are cool enough for teens (IF you run in the nerdy crowd, according to my boys).

I actually didn’t know who this character was (and even after my kids explained it to me, I forgot) but this X-Men Gambit costume looks pretty cool and I love that it isn’t a costume everyone else will have.

My boys all love Deadpool so this Deadpool costume is at the top of their list.

I personally LOVE this Flash costume … not because I’m a Flash fan but because I love The Big Bang Theory and this costume reminds me of the show.

This Batman costume is always a great option, mostly because I think it would be hilarious to walk around saying “I am Batman”.

If your teenager doesn’t want to fully dress up but still wants to do something fun for Halloween, this “I Am Groot” t-shirt is great and could be worn after Halloween too so you get some use out of it. Pair it with these Groot Sunglasses to complete the look. 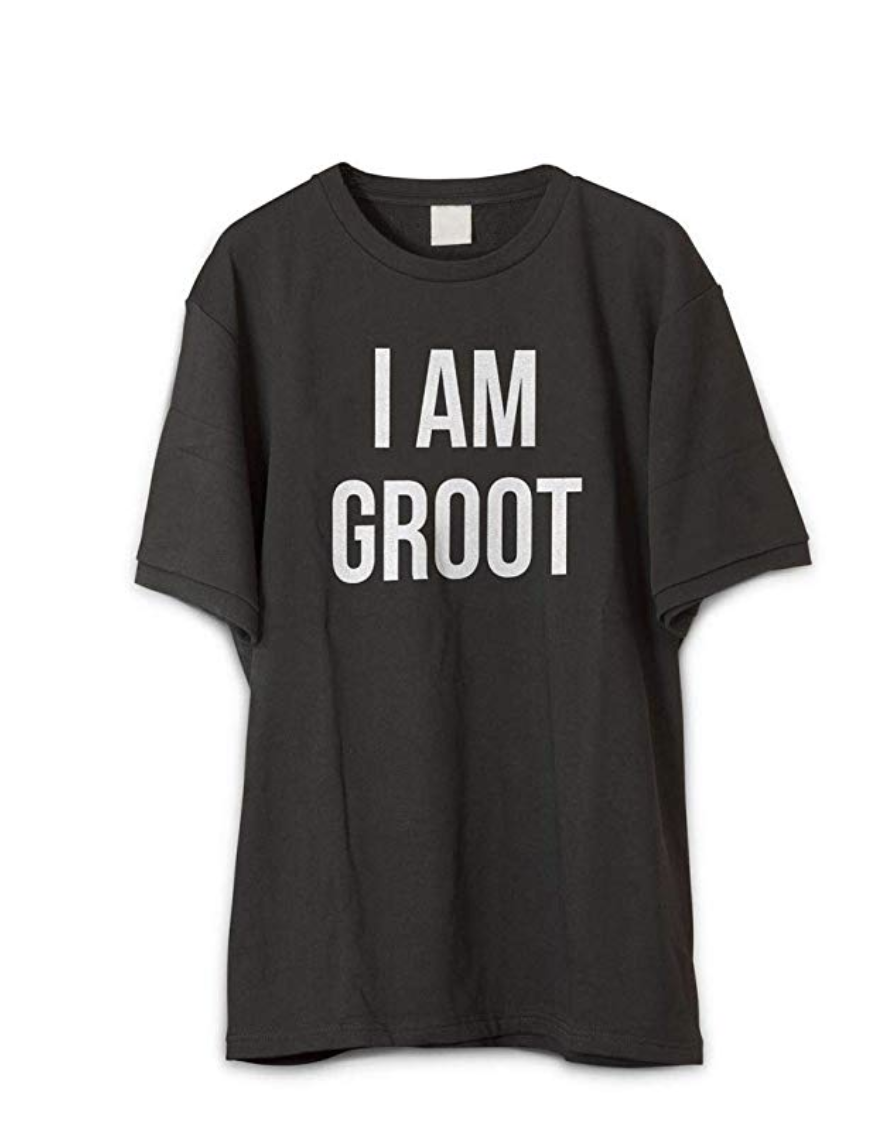 This Black Panther costume is a great option. I’ve had really good luck with this brand and have always been impressed with their quality and style.

Avengers is a hot topic of conversation around my house. My teens love debating different parts of the movies and are constantly rewatching them so it only makes sense to dress up as Ironman. This costume may be a bit much to wear to school but would be fun for a Halloween party.

For a fun twist, this Venom Spiderman bodysuit will definitely draw some attention.

This Anubis Costume has some amazing detail work on it and would be a fabulously unique Halloween costume for teen boys.

For something truly unique, I love this “Man Turned to Stone” costume. This one is a serious attention-getter.

I absolutely love this Knight in Shining Armor costume. This is one you could wear year after year.

This Michael Jackson inspired costume is a fun one and isn’t too over-the-top for teens who aren’t sure about dressing up.

I think this Nerds costume is hilarious. My boys always joke that they are nerds (which I personally, think is awesome) so we all thought this would be a funny one.

I don’t know if I actually want my boys being a chick magnet but this chick magnet costume is pretty funny and would definitely be a conversation starter.

I hope your teen finds the perfect Halloween costume this year. We got a kick out of these and really had fun looking at some of the options out there. 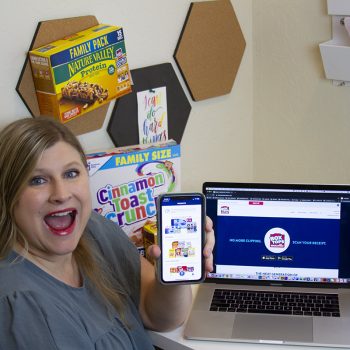 This post is sponsored by General Mills, but all opinions are my own.  The Box Tops for … END_OF_DOCUMENT_TOKEN_TO_BE_REPLACED