I absolutely love finding gift ideas that keep my kids busy and help them learn something in the process. We’ve had fantastic luck with crates from Kiwi Co. and were so excited when they sent us a Tinker Crate to review. This was a HUGE hit with my kids. They love to build things, so assembly was fun for them but they loved how creative they could get with the project once it was put together. 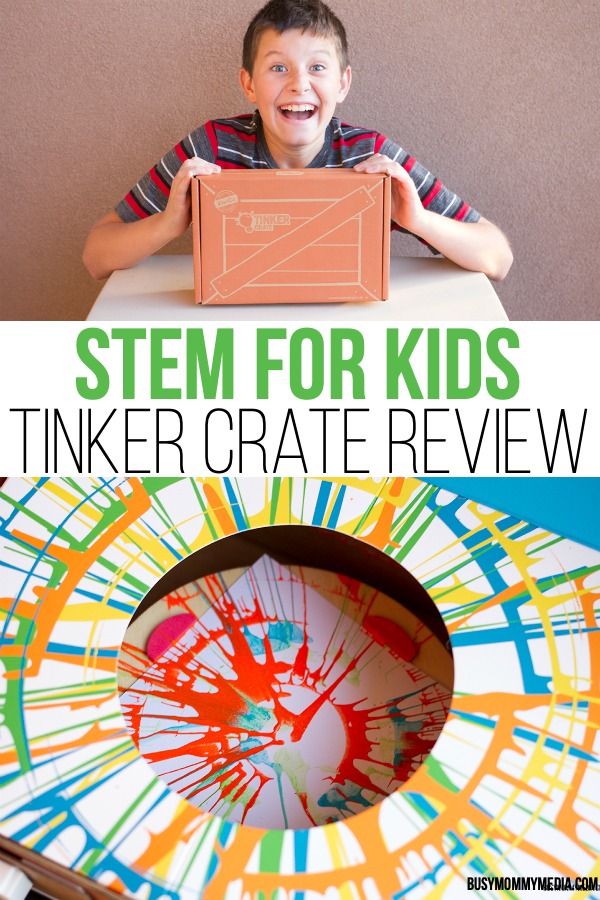 We’ve tried several crates from Kiwi Co. in the past and always been so impressed with them. My 12-year-old still talks about how cool the Chemistry Crate was. My 11-year-old has had his eye on the Tinker Crate so he was thrilled to be able to try it out. 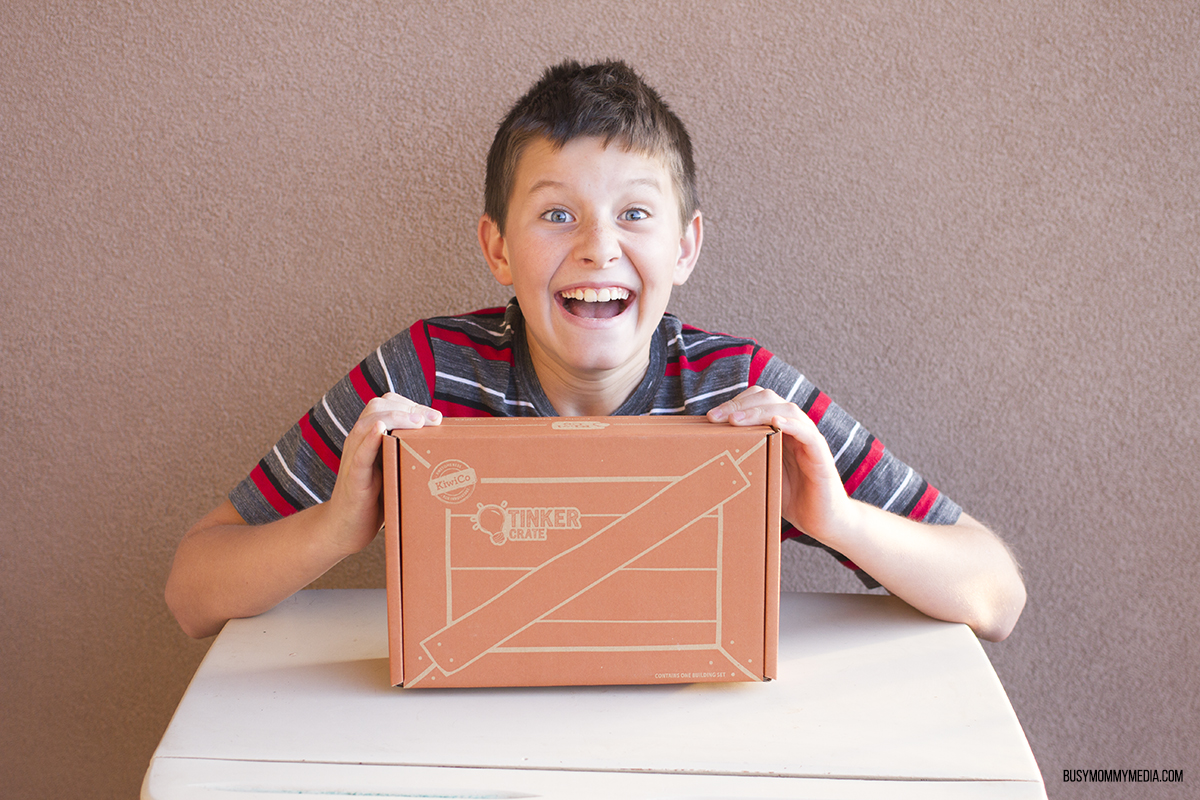 Tinker Crate is designed for kids ages 9-16+ and focuses on science and engineering. I love that these kits not only include really clear instructions but also include detailed information explaining the science behind the project. 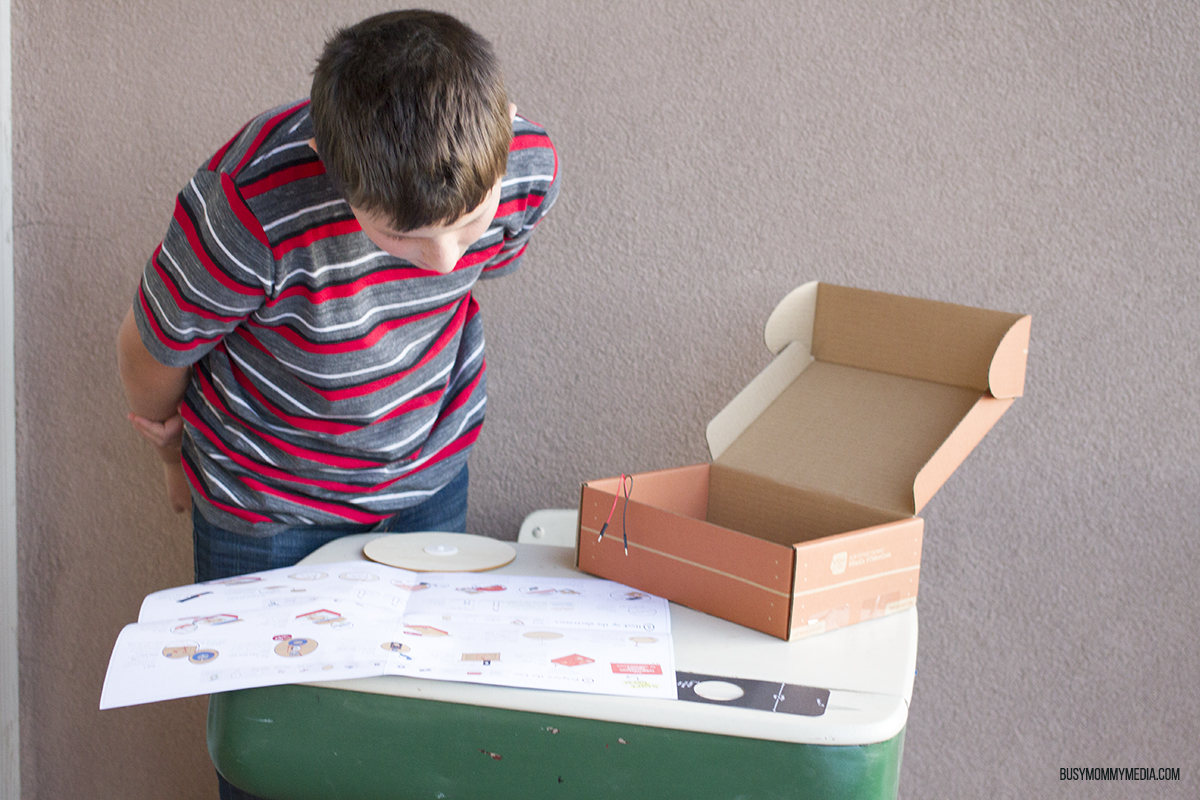 For the kit we tried, the box became part of the project and was used to create a really cool Spinning Art Machine.

I’ve had the hardest time finding activities and gift ideas for my 11-year-old. He’s right in between toys and big kid stuff and he definitely still wants fun gifts. This was such a perfect fit for him. It was fun without being too young for him and educational without being too heavy. He learned while doing the project and he is definitely a very hands-on learner.

What is included in each Tinker Crate?

One of the things that holds us back from doing STEM projects at home is we don’t often have all the supplies we need. Tinker Crate solves that by including everything you need to complete each project plus detailed instructions.

One of my favorite things about Tinker Crates, and what really sets them apart from some of the other STEM kits we have tried is they include a booklet that goes in depth into the STEM concept that is covered in each kid. This box included some additional physics magic tricks that kids can do with items found around the house. 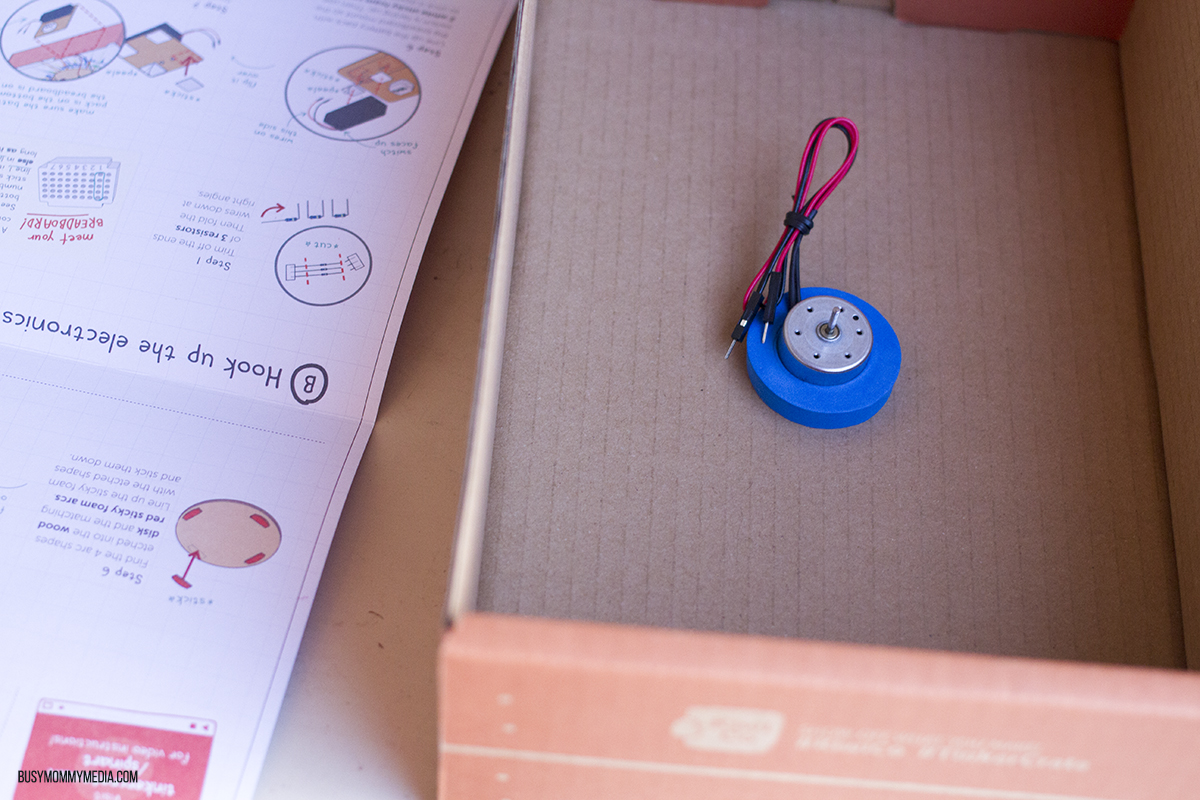 So many activities for kids involve screen time these days. It’s hard to find an “unplugged” activity that actually holds kids’ attention.

My boys get so excited when they see the Tinker Crate come in the mail and I know that they’ll be spending the rest of the afternoon exploring the kit. This is designed for kids ages 9-16+, but my 6-year-old loves watching her brothers work on the Tinker Crate. My 11-year-old has no problem doing the kit himself but he always learns something new when he does it. 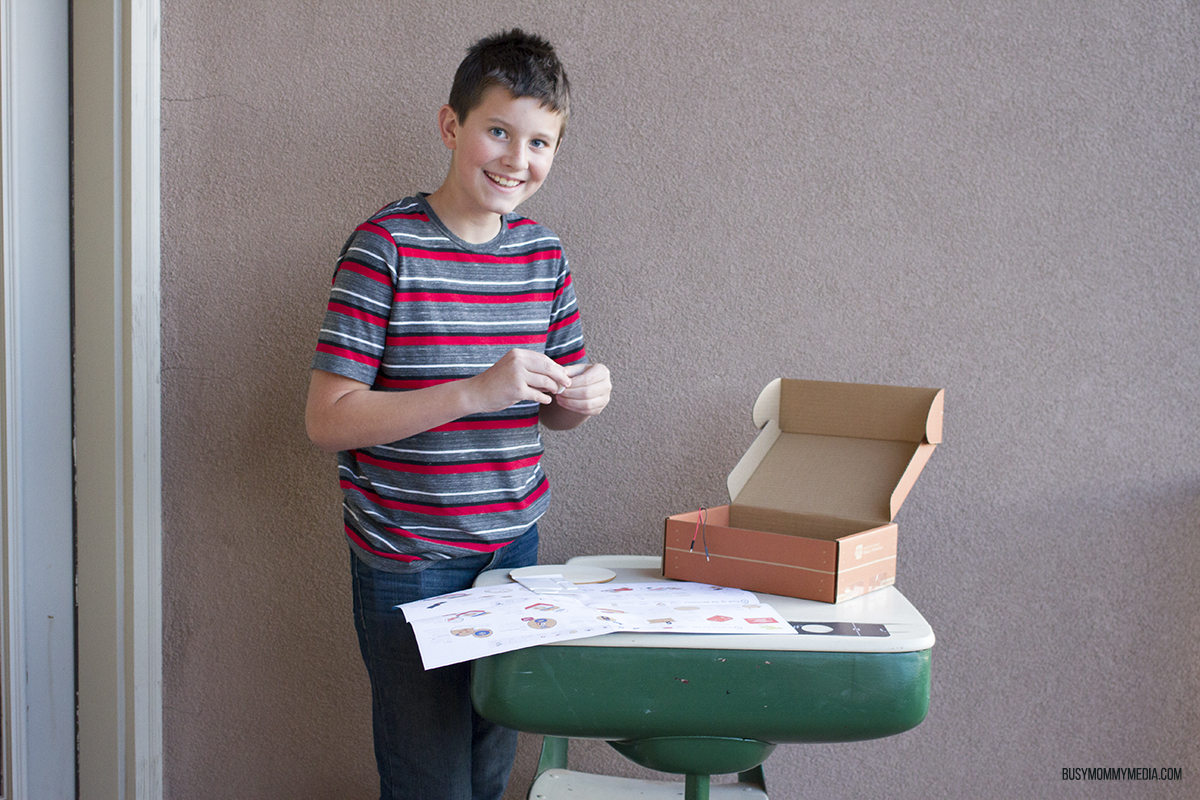 Each kit includes a fun project that shows a STEM principle in action. For this particular kit, my son created a Spinning Art Machine that showed him how physics could be used to create some pretty amazing artwork. 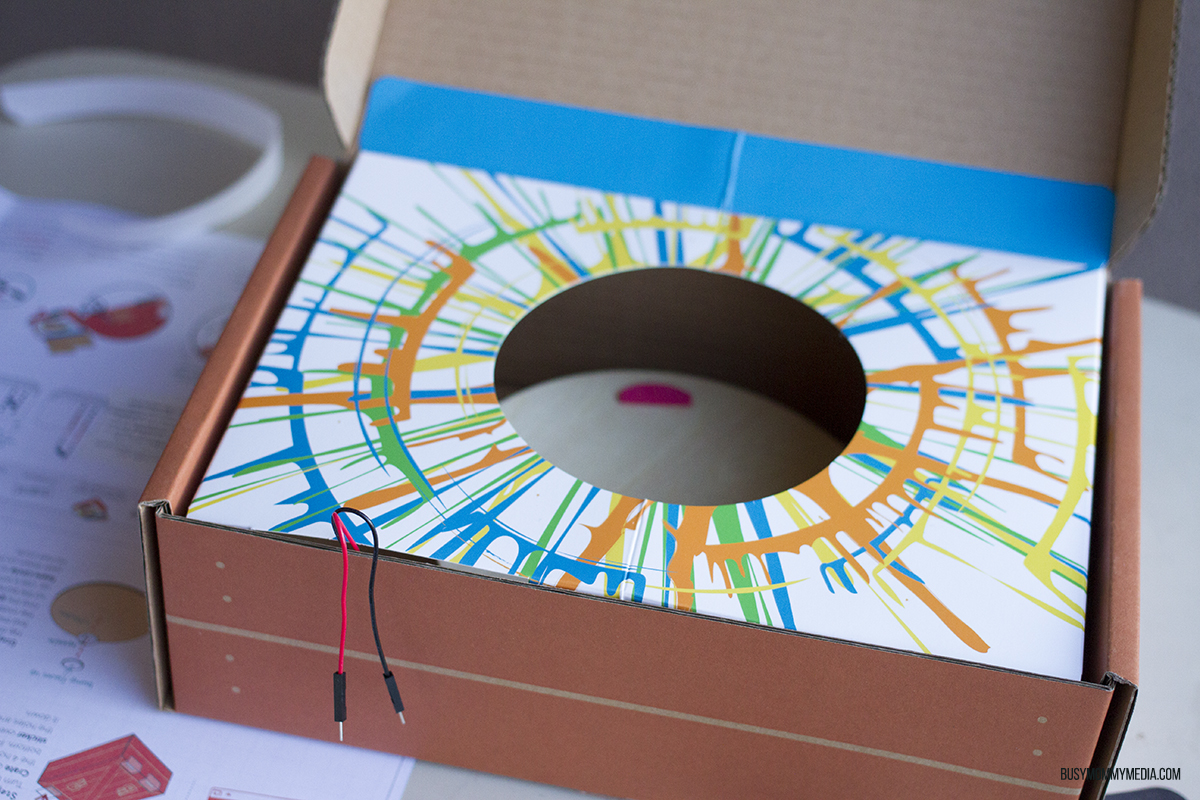 He stayed busy long after the kit was put together and had so much fun experimenting with different colors and techniques. 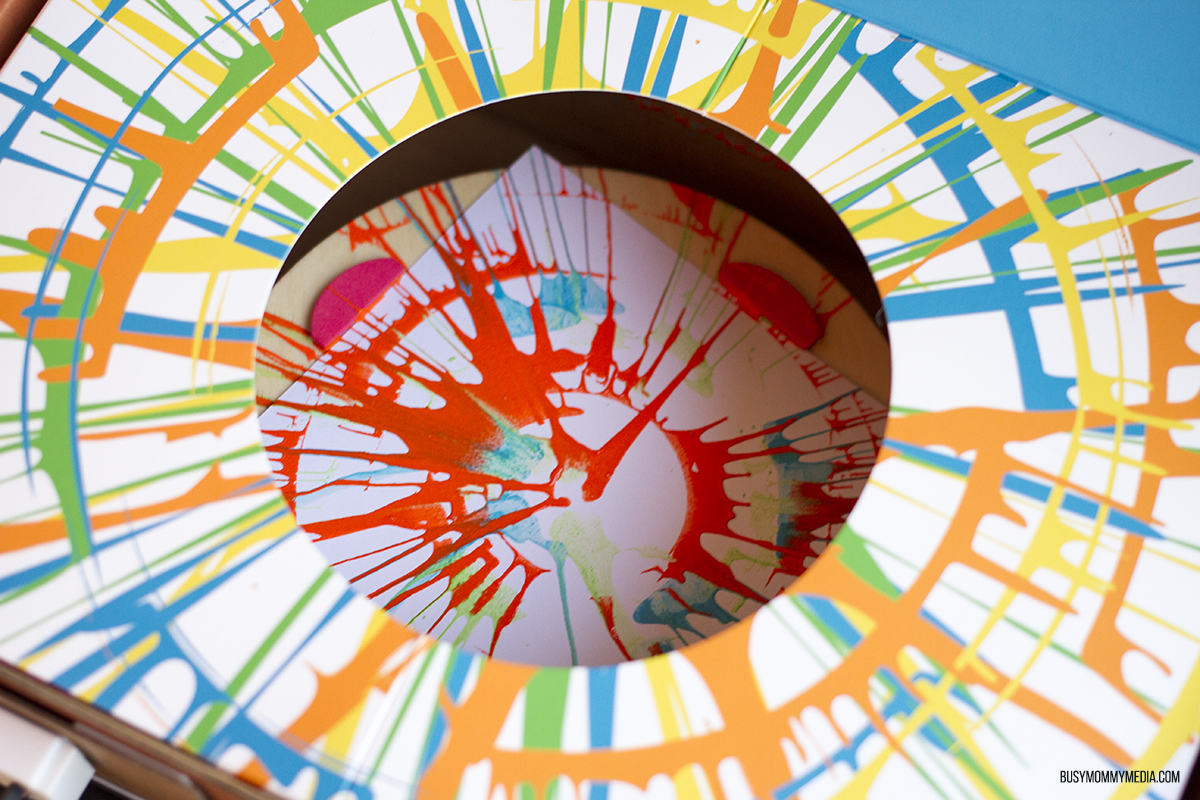 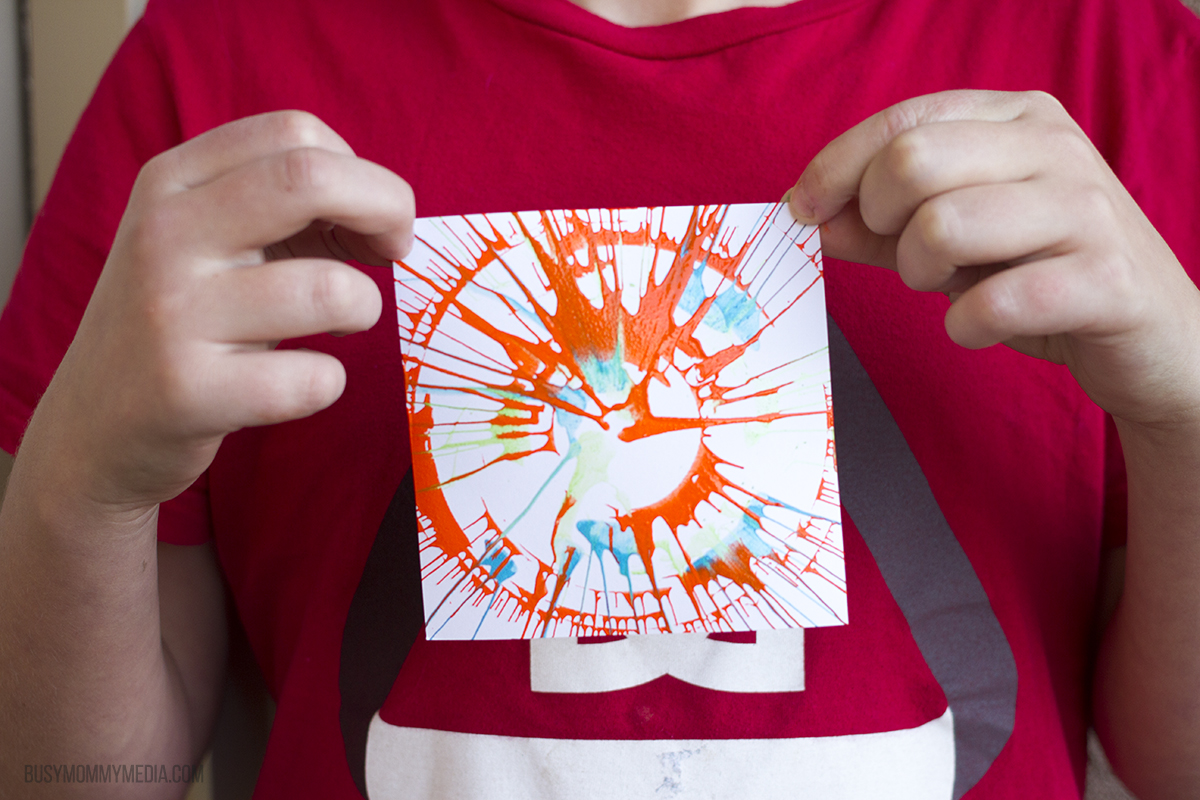 KiwiCo has extended their Black Friday deals! Right now you can get your first crate for 60% off. This is the best deal I’ve ever seen them offer and my kids will definitely be seeing a Tinker Crate and at least one other subscription box from Kiwi Co. under the tree. If you want to go with a longer subscription, they also just announced a fantastic deal on 3, 6, or 12 month subscriptions.

Check out these deals:

Save 60% on your first month’s subscription of KiwiCo! with code CHEER60

This post contains affiliate links. Reading is one of the few things that I do just for me. The … END_OF_DOCUMENT_TOKEN_TO_BE_REPLACED